according to www.whois.com/whois/wiiubrew , This wiki's latest update was on 2018-11-12 , it still uses the old Wiibrew logo even though Elisherer made a new logo in 2012. Just saying that the DSIbrew is way more active, but they provide pictures of the motherboard which even Wiibrew does not do. Maybe Wiiubrew takes some time just like Dsibrew whith Memory pit being released in 2019, but updating the logo to actually display "wii u" instead of wii is the least you can do. -skaarjwarriorgaming

According to Wii U brew, DevkitPPC is at r29, while at the WiiBrew Homepage https://wiibrew.org/wiki/Main_Page , the version is r33.

But the actual release is here: https://devkitpro.org/viewtopic.php?t=8851 , the version is devkitPPC r34. - skaarjwarriorgaming

We should update the contents of the main page to reflect the current situation, for example the outdated 'Preparing for homebrew' section. Also, the latest news/homebrew releases sections are really disheartening to look at and might lead users visiting the wiki to think that acutally nothing at all is happening and believe this wiki and the scene in general are 'dead'. As long as nobody is willing to update it frequently (and honestly, I don't see anyone doing this in the foreseeable future) I would suggest to remove these sections completely. I know that there's obviously a lot of actual research having a higher priority going on, but I still find it of utmost importance to give new users looking for information a decent landing page here, otherwise I can't see this already tiny community prospering like it could be. Most people interested in Wii U homebrew will probably stumble upon this wiki very fast, and we shouldn't want those people to leave with a false impression. --dibas (talk) 00:59, 9 October 2015 (CEST) 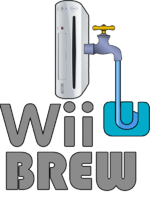 I like yours, but I think that a Wii font would be more appropriate. A little gloss doesn't hurt either. For example: 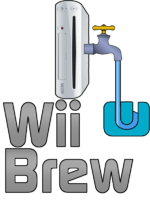 I made another one. I used clearer versions of the Wii U and "U" logo on it as well. 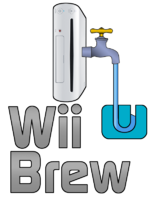 When not logged in, the header for wiki pages does not render properly in, as far as I can tell, any web browser. 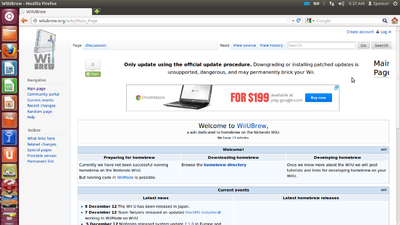 What is our policy for duplicating content from WiiBrew that pertains to the vWii. It is better to link to a WiiBrew page or copy and paste from WiiBrew? For instance, should List_of_homebrew_applications be copied from WiiBrew or should we link to the WiiBrew equivalent on the WiiUBrew page?--Winmaster (talk) 16:45, 20 January 2013 (CET)