Space Game is a small shooter game for the Wii U. It was originally developed for the limited userspace environment, but since has been ported to HBL ELF using dimok's dynamic libs, as well as RPX files using the Wii U Toolchain. It utilizes OSScreen to draw bitmaps to the screen, rather than any graphics library.

More information on how it works is available in the github readme. There are the userland, hbl_elf, and wut branches, each of which use slightly different mechanisms.

It is released under the MIT license.

The program can be launched using the Homebrew Launcher. Simply download the zip from above, and extract the folder into the sd:/wiiu/apps/spacegame folder. It is also available for download in the Homebrew App Store

Play as the space ship to avoid and shoot enemies. Move around the space ship with either joystick or the d-pad. Tap / hold on the gamepad's touch screen to shoot bullets / rapid fire. Move up levels every 5000 points, and get 100 points for killing an enemy, and 10 points every second. Upon dying, a password is received. Entering the password will zero out the score, but allow one to continue where they left off.

The year is 201X. Hop aboard the H.Y.K.M. interstellar spaceship and defend your precious cargo from the oncoming pirates and naysayers! Use either joystick to move around and dodge enemies, and tap on the screen to fire in the direction of the tap. You are the last hope for the Wii U homebrew scene! 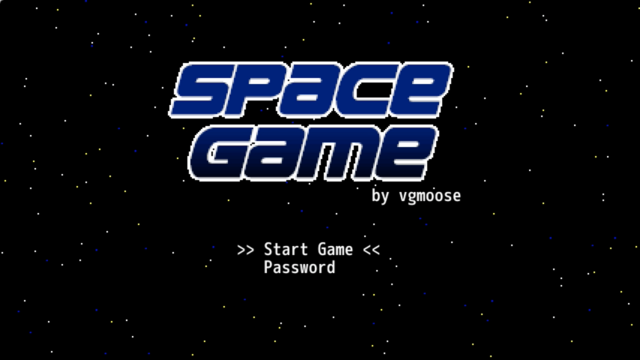 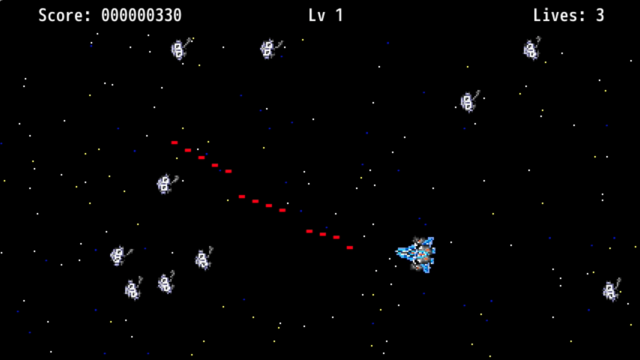 Space Game is released under the MIT license, and its source code is available on GitHub.